1 July 2016, Almaty, Kazakhstan – Today under the national teleconference with the participation of President of Kazakhstan Nursultan Nazarbayev at the plant LLP EFKO Almaty (part of the EFKO Group), the launch of the line packaging of bottled vegetable oil capacity of 140 tons per day was held. The production launch became an important step in the implementation of the project to create a unique Fat&Oil cluster in the territory of the Republic. EFKO Almaty LLP is one of the largest plants on the Russian Fat&Oil market in the territory of Kazakhstan for the moment. The company has a processing capacity for soybean up to 450 tons per day and the plant for the production of specialized fats and margarines with the capacity of 100 tons per day.

1 July 2016, under the national teleconference on the launching of new projects of the second five-year industrialization program with the participation of President of Kazakhstan Nursultan Nazarbayev, the line packaging of bottled vegetable oil with the capacity of 140 tons per day was launched at the plant.

Production plant is equipped with the advanced facilities and it will produce “Sloboda” and “Solnechny venetz” oil for both the domestic market of Kazakhstan and for export to nearby countries: Uzbekistan, Tajikistan, Kyrgyzstan, Afghanistan and others. 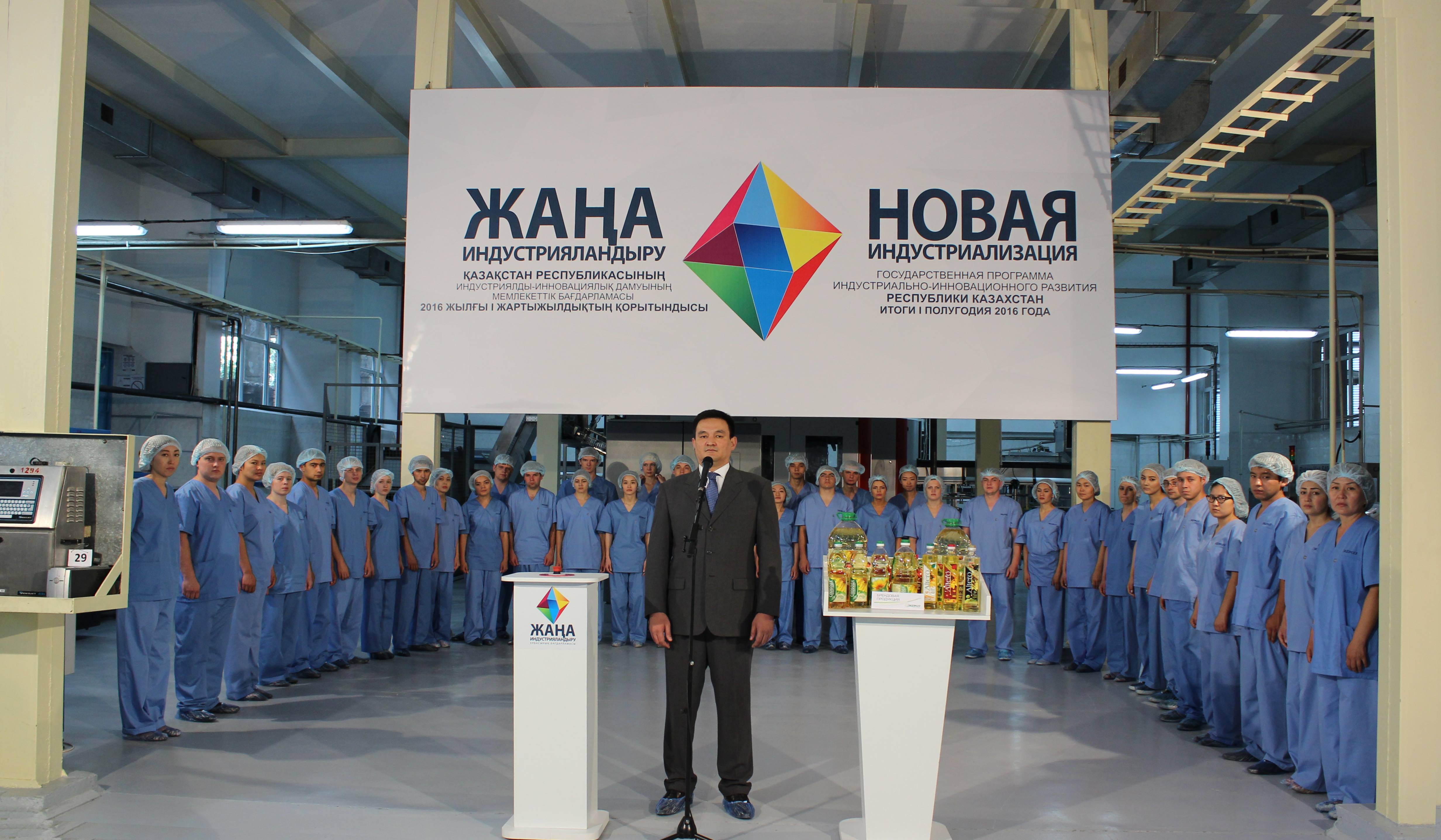 Launch of new capacities became the next stage of the project to create a unique cluster of Fat&Oil in the territory of the Republic, the creation of which was approved by the Head of State at the Council of Foreign Investors in 2015.

EFKO Group is one of the largest investors in the Republic of Kazakhstan for the moment. According to the director of EFKO Almaty LLP Nurzhan Kozhamuratov, the company has invested in the project about $ 30 m for today, but in addition to financial resources EFKO Group brought into the territory of the Republic the latest technologies, as well as the unique experience and knowledge, which were acquired on other markets in two decades.

Due to the modernization of production and introduction of new technologies in just a few months the company was able to set up a production of high-quality fat products that meet international standards. This helps not only to cover the internal needs of the country, but also to begin export of Kazakh products.

Among other things, the project for creation of Fat&Oil cluster in the Republic of Kazakhstan has also a high social significance and solves the problem of severe shortage of skilled personnel. There have been already made more than 750 workplaces, more than 580 of which are made for highly qualified production staff. The training center for the development of employees’ professional competencies was opened on the initiative of the company.  Issues in the field of improving agrarian educational system are worked through and the works of creation of the first in the Republic Center of Applied Research of Fat&Oil products are in progress.

“This is a very important industry. Now a new market of China for vegetable oils is opening, so the potential is large. Your task is to expand the area, to grow oil seeds, to produce more oil as an export commodity”, - Nursultan Nazarbayev said.